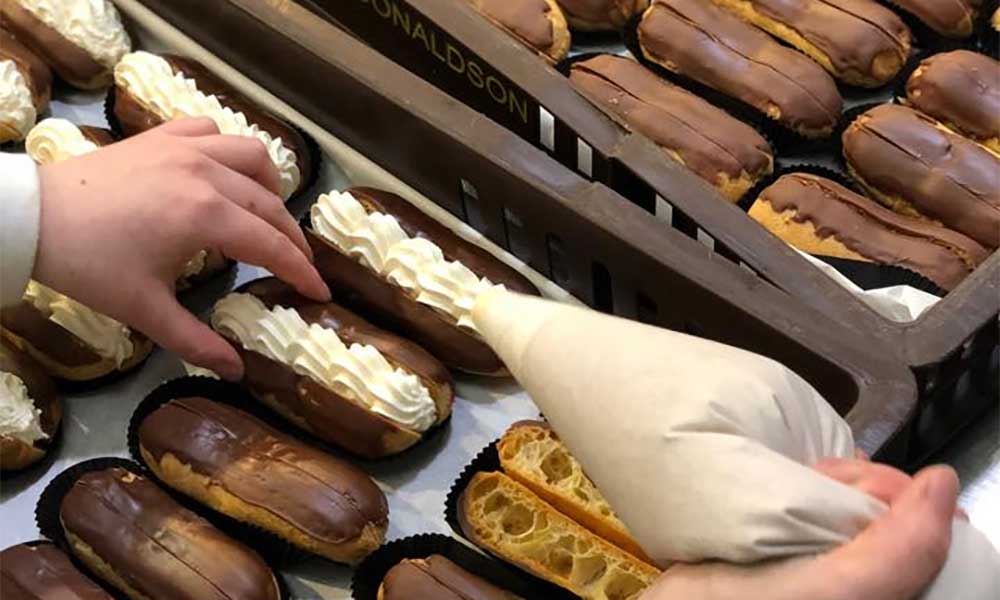 Baking in Fife, Scotland, since 1919, Fisher & Donaldson is a Royal Warrant-holding institution. Known for its traditional baking, most notably the ‘world famous’ fudge doughnut, the bakery’s delights are handmade in Fife and enjoyed by people from all over the world.

Now in its fifth generation, Fisher & Donaldson has been in the Milne family since the beginning. Taking its name from Willie Fisher and Davie Donaldson, the brothers-in-law returned to Cupar from World War I looking to launch a venture of their own, buying a small premises in Cupar, Fife, just around the corner from where the business remains still.

Fisher’s nephew Alexander Milne assisted in the bakery for a number of its first years, before leaving to gain experience at other bakeries, returning in 1942 and later buying the business from his uncle. 1977 saw Alexander’s only son, Grant Milne, take full ownership of the firm, after he had expanded it into St Andrews and Dundee.

Grant and his wife Audrey had five sons, two of which, Sandy and Eric, joined the business in 1975, four years before the company’s 60th anniversary. Eric’s eldest son Ben began working at the bakery aged just 10, and he has since gone on to manage the company with his father and uncle, overseeing further expansion and the awarding of a Royal Warrant in 2011. The family business currently has seven shops and cafes in St.Andrews, Cupar and Dundee, Scotland, and 2019 sees the family celebrate the bakery’s centenary.