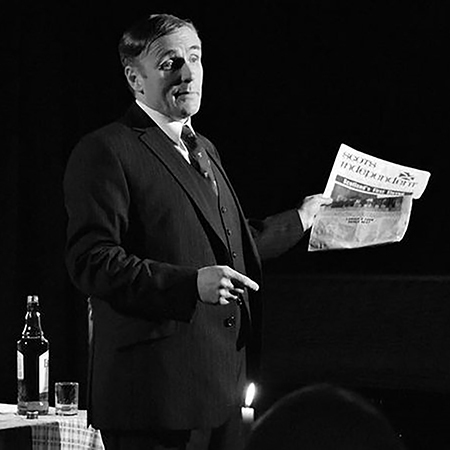 Willie MacRae – anti-nuclear campaigner, SNP politician and successful lawyer. His death prompted speculation that he was murdered by the state. MacRae was found dying in his car on a Highland road in 1985 with a single gunshot wound to the head, apparently fired from his own gun. Was he under surveillance the day he died? Was he killed to protect government interests? Ten years on from its first performance, this show has notched up hundreds of performances across the country.
* All information correct at time of listing