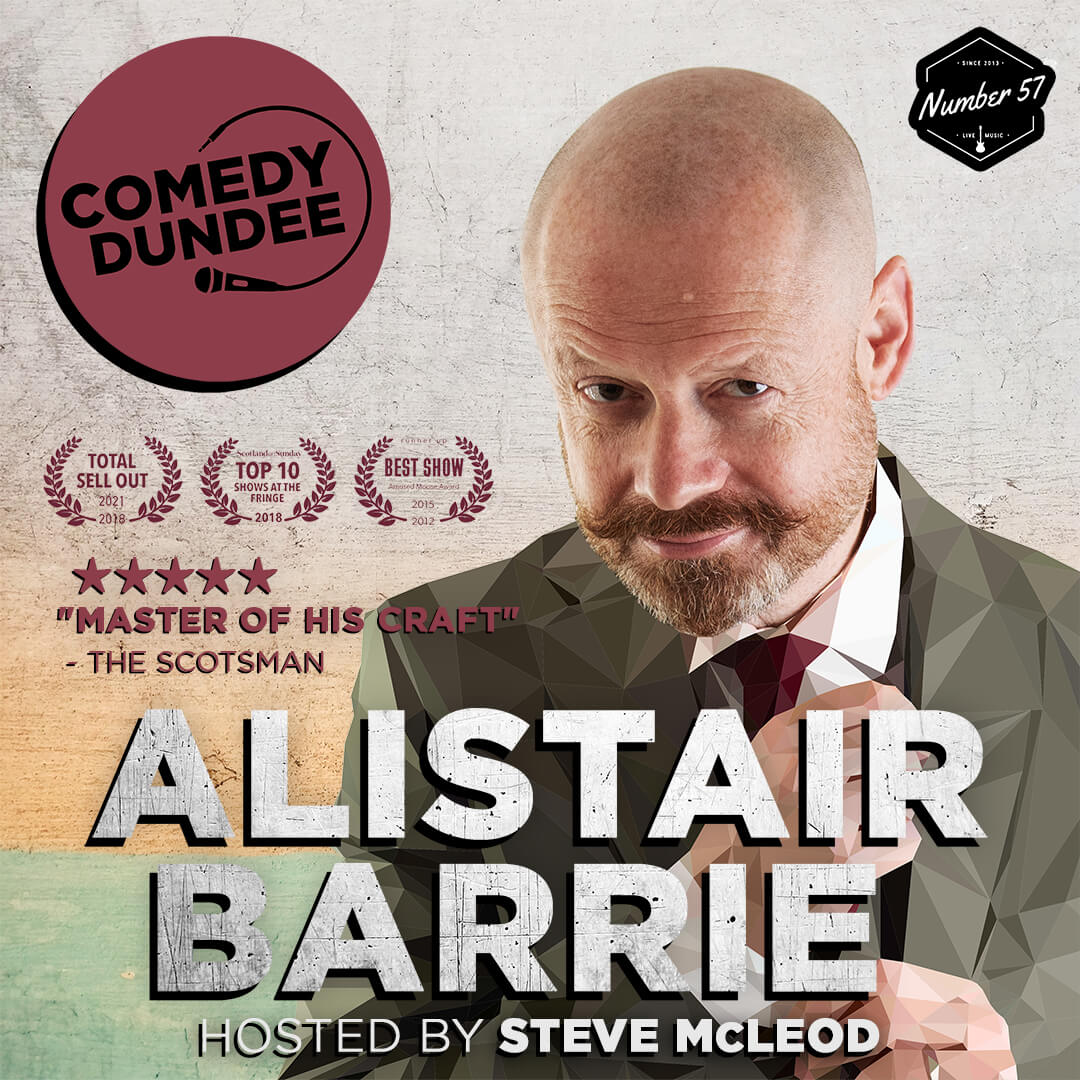 For this special show on Friday 26th August Comedy Dundee is bringing out the big guns at Number 57 as we are joined by top international comedy headliner Alistair Barrie!

Alistair Barrie is one of the top headliners on the international comedy circuit. He has taken to the stage in over 40 countries including acclaimed performances in Australia, Cape Town, Mumbai, New Zealand, Afghanistan and the legendary Comedy Cellar in New York, as well as being a regular at London’s world-famous Comedy Store.  He has taken several solo shows to The Edinburgh Festival that have been nominated for ‘Best Show at The Fringe’, received 4 and 5 star reviews and sold out in record time.  Alistair returns to Edinburgh in 2022 with a full run of a new show, ‘Alistaircratic’.

Alistair is a frequent panelist on BBC Scotland’s award-winning ‘Breaking the News’ and has appeared on radio and television all over the world, including ‘Celebrity Deal or No Deal’, ‘BBC Breakfast,’ ‘Good Morning South Africa’ and ‘The Blame Game’ in Northern Ireland. He has also written for the most of the major TV and radio networks and a number of other comedians.

“No one does righteous indignation with the same brio as Barrie, an inheritor of the splenetic mantle of the great 80s alternative comedians” – The Guardian

“Eloquent slick and dynamic, his hour positively races by in a blur of opinions, flippancy and indignity” ★★★★ – Chortle

Hosting the night will be one of this city’s funniest sons, native Dundonian comedian Steve McLeod.  As well as having opened for Tom Stade and Larry Dean, Steve was hand-picked by Gary Meikle for his ‘Surreal’ tour.

“There’s a reason Steve has supported me more than once, he’s class and a rising star on the comedy scene” – Gary Meikle

Plus open spot performances from Declan McGuigan and Katie Tennent.

Tickets are £10, presales can be purchased from Eventbrite: https://alistair_barrie.eventbrite.co.uk