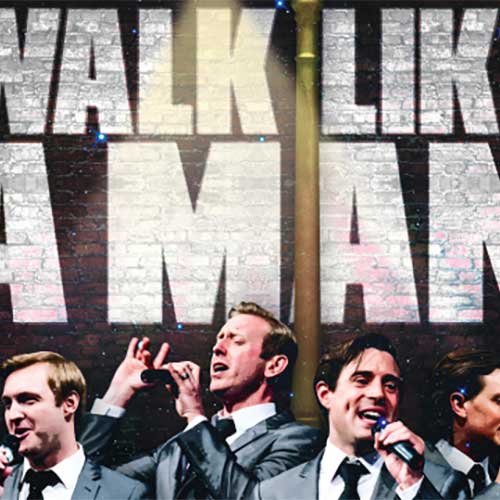 Fresh from performing in the hit West End show ‘The Jersey Boys. The life story of Frankie Valli and the Four Seasons’, Mark Halliday (owner and client liaison of Veritas Entertainment) proudly presents his latest smash! The 1950’s American rock n roll revolution was spearheaded by Frankie, Nick, Tommy and Bob, the original Four Seasons! America’s answer to the British pop invasion, Frankie and the boys created some of the greatest rock n roll songs of a generation. Pumping out classics such as Big Girls Don’t Cry, Sherry, Can’t Take My Eyes Off You and many many more. Walk Live A Man is the ultimate celebration of the band that gave us this musical legacy and showcases, not only their individual vocal harmony style, but also their slick dance moves.