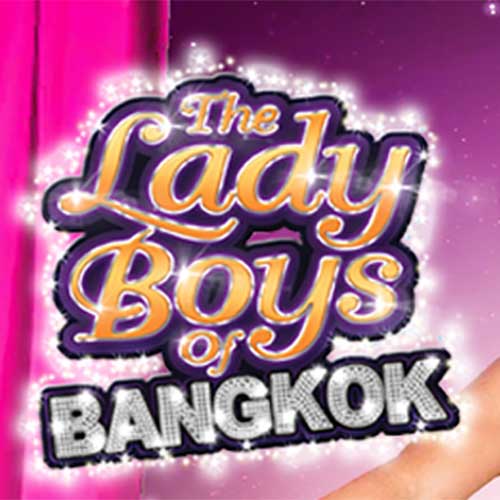 The Ladyboys of Bangkok – Flight of Fantasy

Climb aboard for the trip of a lifetime as the world’s most glamorous showgirls (who just happen to be men!) send you soaring to spectacular diamante-dipped song and dance destinations, with over 400 stunning costumes.

Your cabin crew, Ole and Jamie (the UK’s only dwarf drag queen) take you mile high at the biggest and most glitzy show in the sky !

Pop icons including Destiny’s Child, Shania Twain, Little Mix, the Pussycat Dolls and many more will have you tapping your feet, transporting you from Las Vegas to Las Palmas in a sparkle-filled show where Bollywood meets Broadway.

The decadence of the Moulin Rouge will be brought to (night)life as these diamond-clad divas Can-Can to new heights, before the Euphoria of a Eurovision medley, it’s a Thai Drag Race against time to complete this world tour of wonders before The Final Countdown to incredible finale…

So, get those Nails, Hair, Hips and Heels on point, because you’re going ‘out-out’, up and away on a Flight of Fantasy with The Lady Boys of Bangkok!

Grab your boarding passes at ladyboysofbangkok.co.uk because in 2021, the sky’s the limit for the UK’s favourite cabaret show and tickets will be in demand !

The running time is approximately 1 hour 50 minutes including an interval.