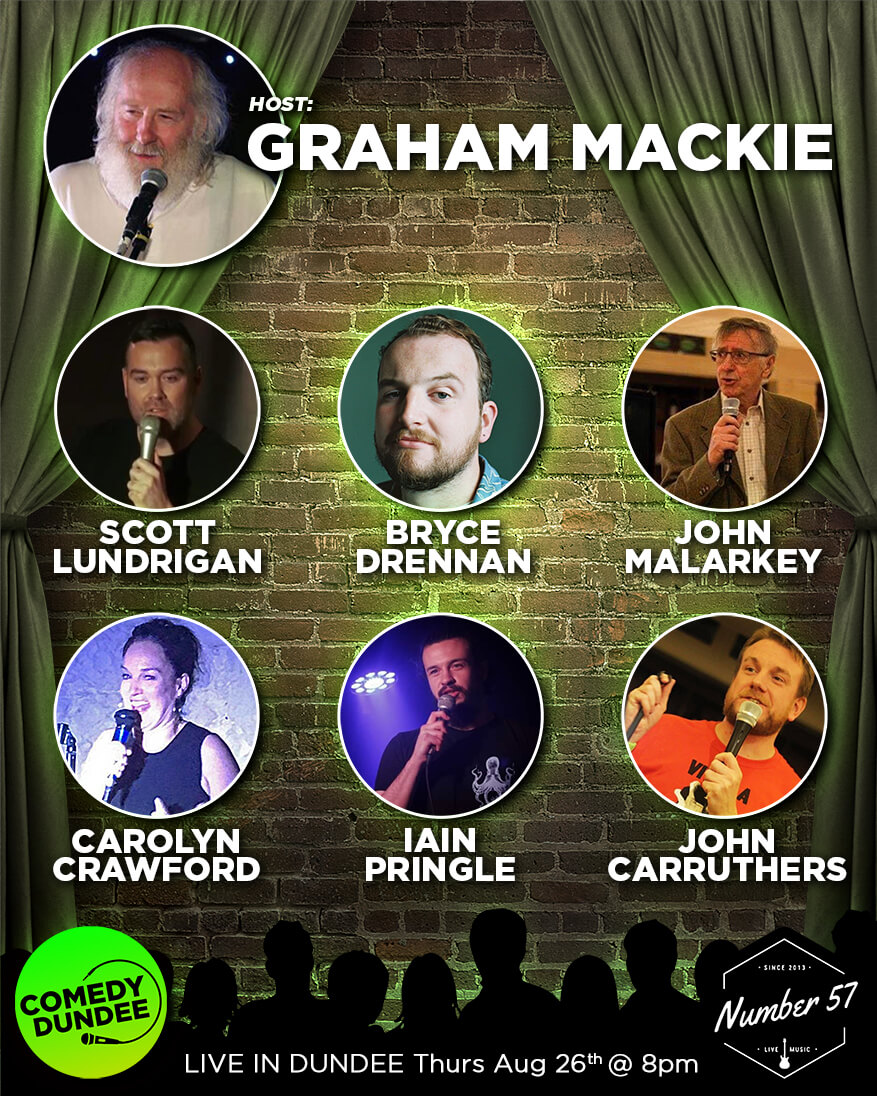 It’s that time of month again!  Comedy Dundee is bringing another talent-packed stand-up comedy showcase to Number 57, featuring some of the most exciting up-and-coming acts Scotland has to offer.

As for your host for the evening, we’re not going to claim we’ve booked Santa, but let’s just say nobody has seen the two of them in the same room.  Four-time Scottish Comedian of the Year finalist Graham Mackie is a seasoned comedy circuit stalwart.  Down to Earth and just plain funny is the only way to describe Graham, who has drawn some very fine material indeed from his dysfunctional home life and his eventful career in teaching.

“Had me in stitches” – Breakneck Comedy