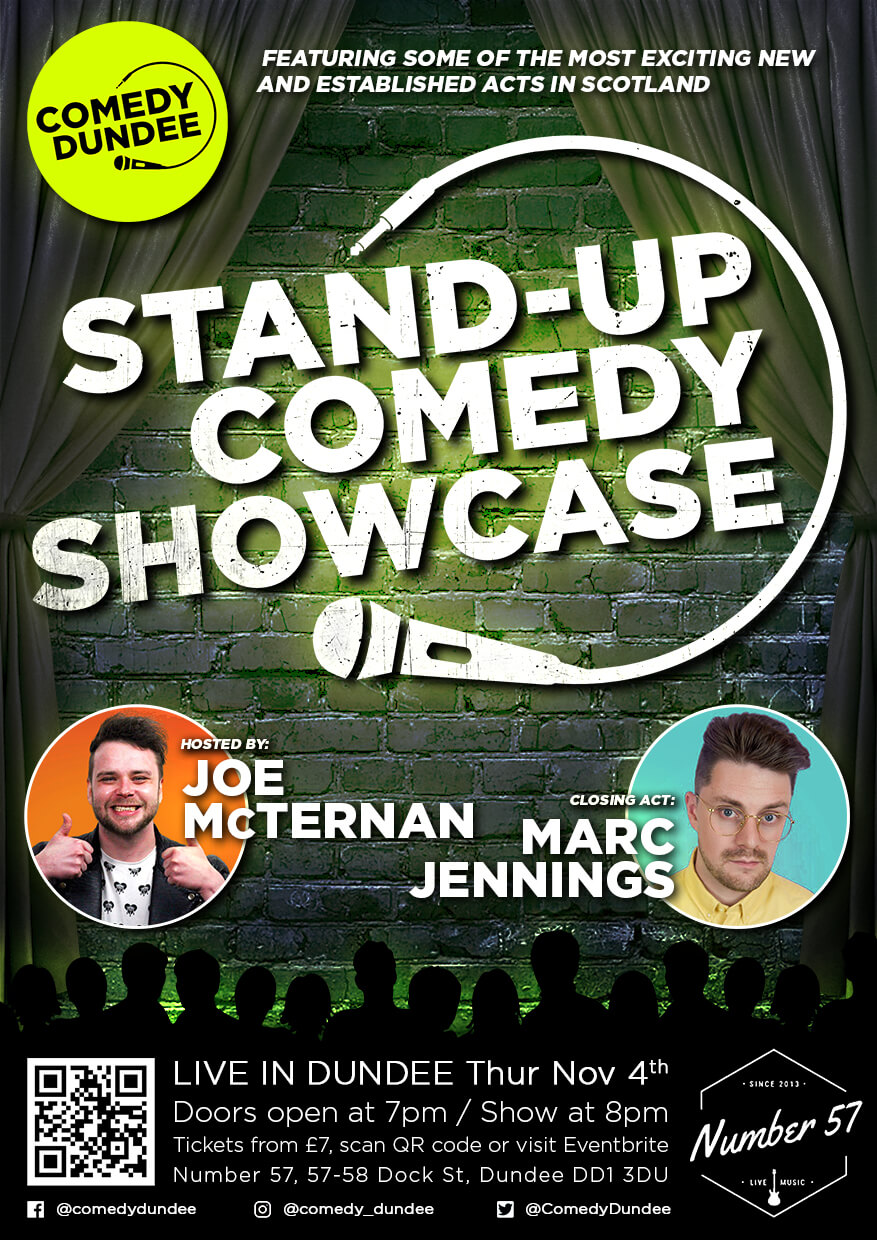 On Thursday November 4th join Comedy Dundee once again at Number 57 for another of their famous stand-up comedy shows featuring a mix of seasoned pros and exciting new acts.

Your host for the evening is JOE McTERNAN, a popular Edinburgh based comedian with an energetic style.  He has performed on BBC Scotland’s ‘The Comedy Underground’, co-created an award-winning sitcom alongside Daniel Sloss, and has been chosen as support for Tom Stade and Steve Hughes.

“His punchlines hit home, providing a laid back perspective on what can be decisive topics…sure to delight with his amusing frustration” – EdFest Magazine

Closing out the night will be MARC JENNINGS, one of Scotland’s brightest new comedic talents. Marc is a regular panellist & writer on BBC Scotland’s satirical panel show Breaking The News, has appeared on the BBC’s stand-up television series The Comedy Underground and on BBC Five Live’s Fighting Talk. In 2019 Marc won the Scottish Comedian of the Year competition.

When: Thursday November 4th at 8pm.  Doors open at 7pm.

General admission from £7 / EARLY BIRD OFFER: Buy tickets more than 1 week in advance and we will cover Eventbrite fees: https://www.eventbrite.co.uk/e/stand-up-comedy-ft-joe-mcternan-marc-jennings-tickets-188950665527