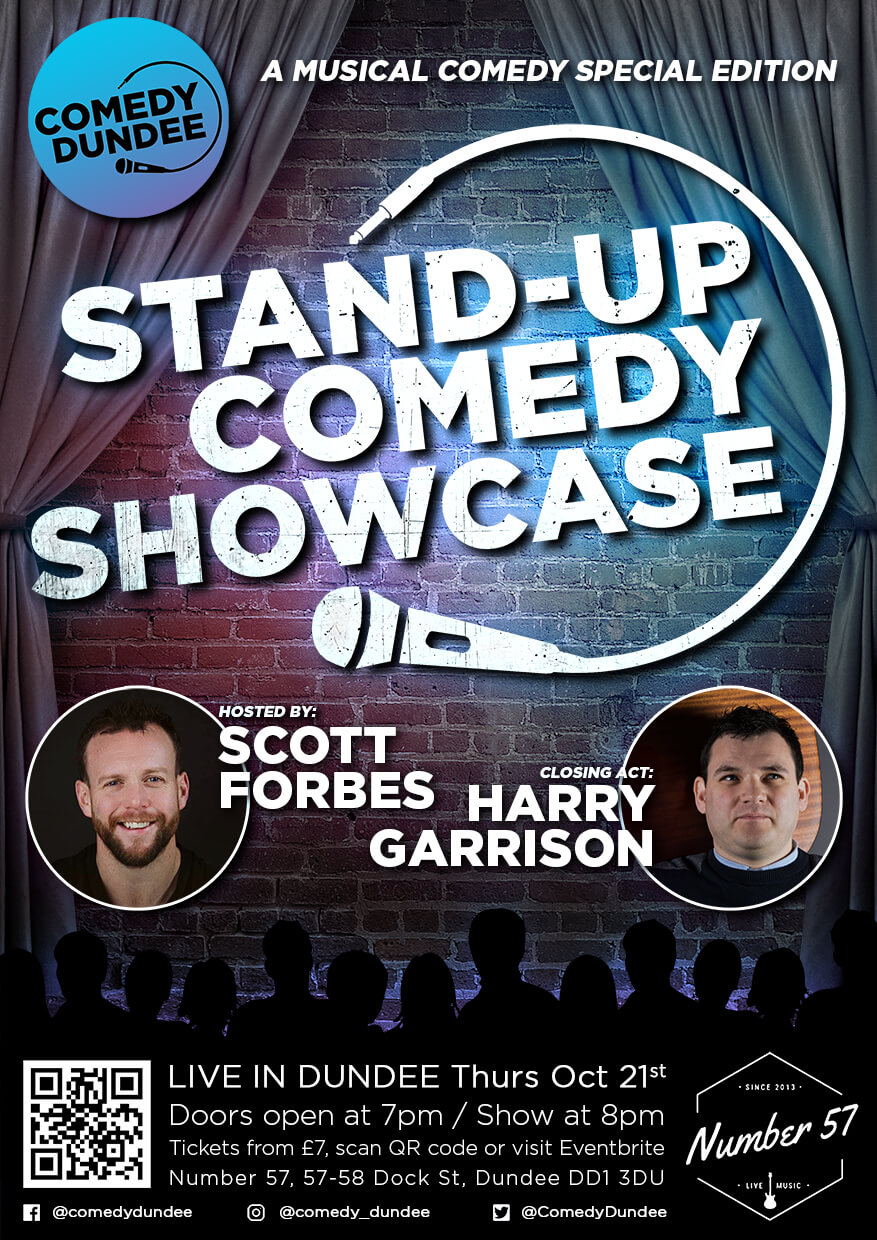 Headlining the night is Glasgow-based comedian Harry Garrison, known for his confident, flawless delivery and natural charm. Don´t be fooled when he shuffles on clutching his guitar: his set is not for the faint-hearted. His honest, and often oddball take on life and other sensitive topics are expertly handled and hilarious.

Our other musical act of the night is Chris Iskander.  A killer comedian armed with a keyboard, The Skinny referred to him as a ‘doubly-talented man’.

Your host for the evening is comedy powerhouse Scott Forbes, two-time Scottish Comedian of the Year finalist and described by the Evening Express as having ‘rapid fire natural delivery’.  Gary Meikle said ‘he gets you quick and once he does it’s machine gun laughter all the way.’

General admission from £7 / EARLY BIRD OFFER: Buy tickets more than 1 week in advance and we will cover Eventbrite fees: https://www.eventbrite.co.uk/e/stand-up-comedy-ft-scott-forbes-harry-garrison-tickets-179208406167