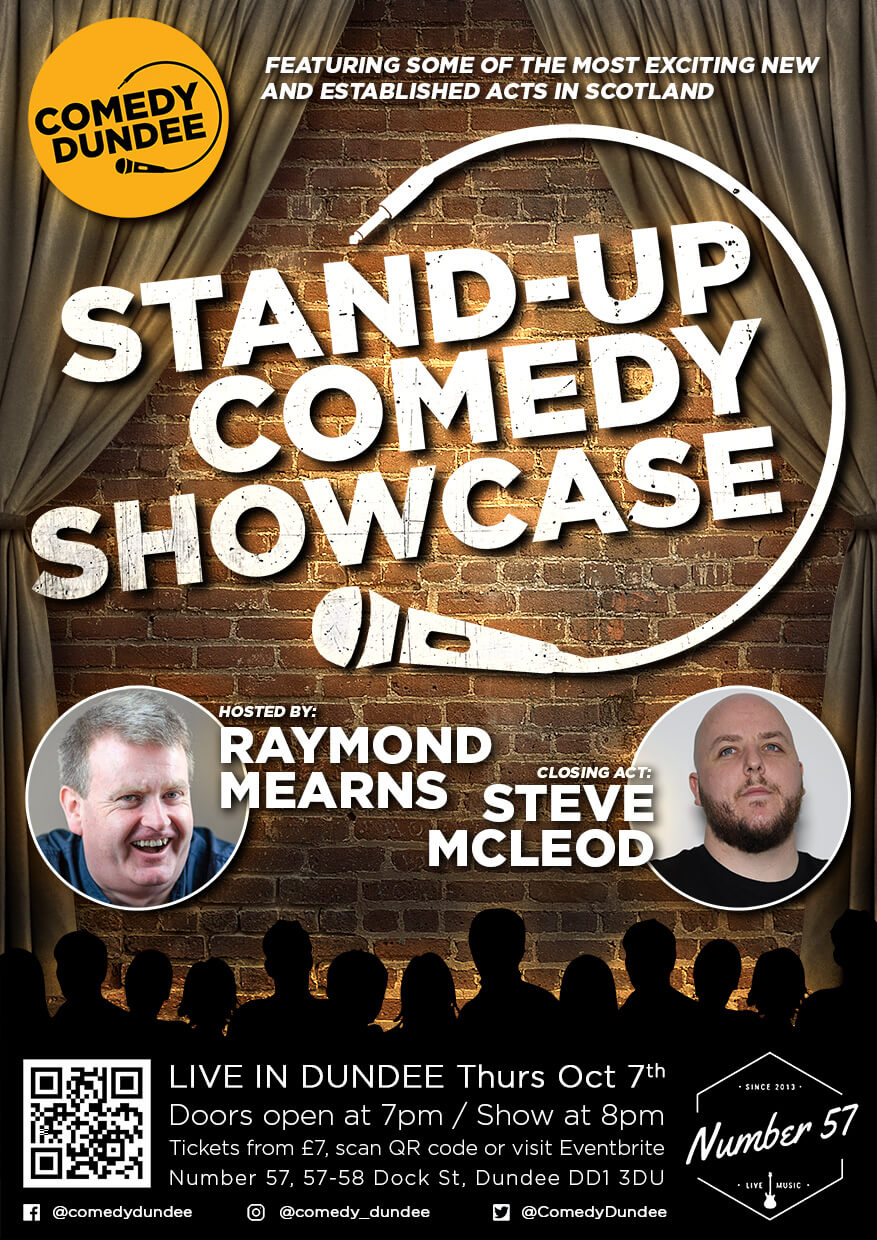 Your host for this evening is Raymond Mearns, one of the UK’s busiest circuit comics.  Described by Frankie Boyle as ‘a genuine improvisational genius’, he has gained recognition as one of the most consistent comedians in the land.  Balancing his comedy career with film and TV, he has had roles in ‘Rab C Nesbitt’, ‘Limmy’s Show’ and BBC Scotland’s ‘Breaking The News’.

Closing the night will be one of this city’s funniest sons, native Dundonian comedian Steve McLeod.  As well as having opened for Tom Stade and Larry Dean, Steve was hand-picked by Gary Meikle for his ‘Surreal’ tour.

“There’s a reason Steve has supported me more than once, he’s class and a rising star on the comedy scene” – Gary Meikle