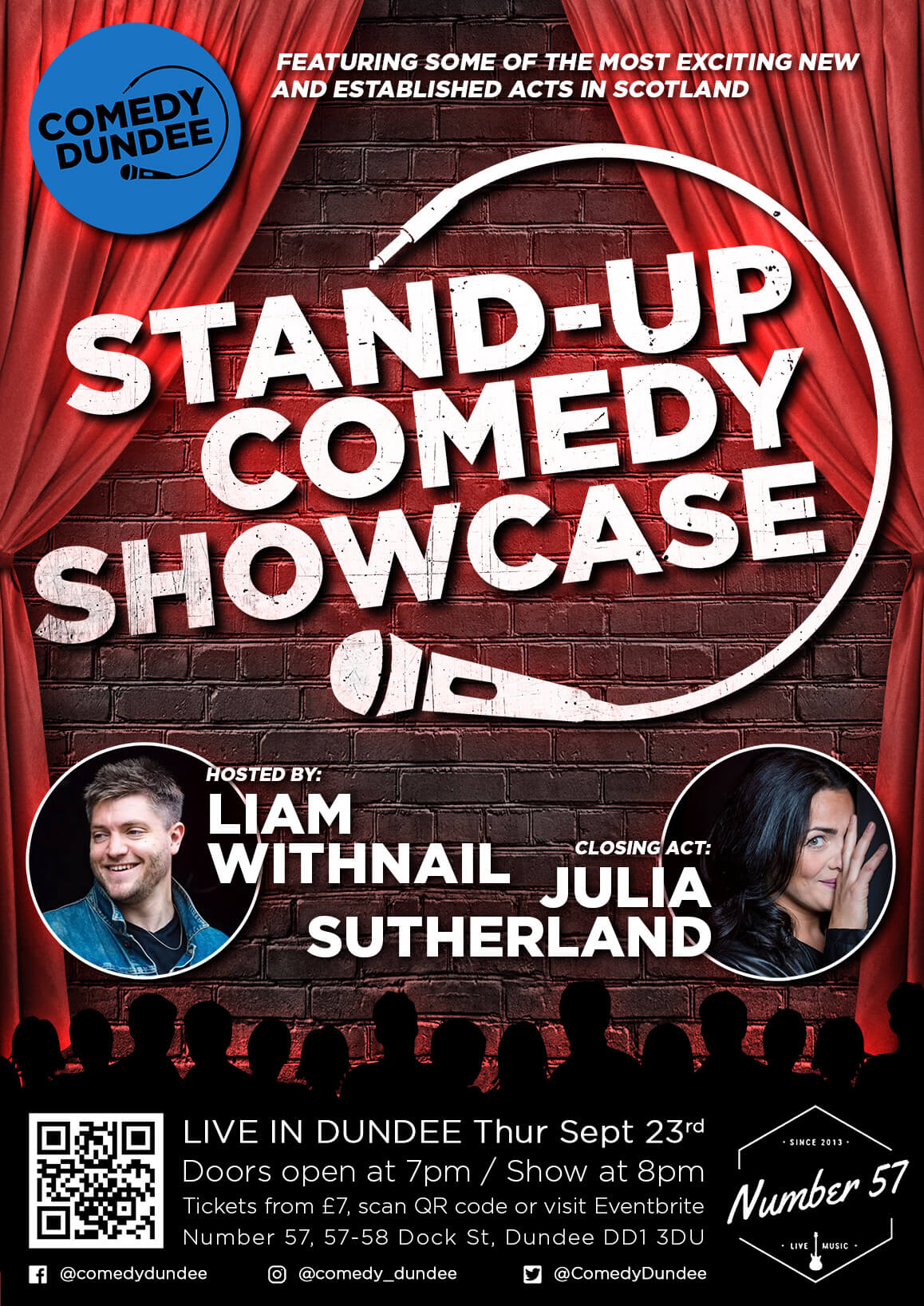 Get yourself down to Number 57 on Thursday 23rd for another of Comedy Dundee’s hilarious Stand-Up Comedy Showcases, featuring a mix of exciting new acts and veteran pro comedians.

Your host for this evening is the critically acclaimed comedian Liam Withnail.  Having been a previous finalist in both Scottish and English Comedians of the Year, Liam is highly regarded on the circuit for his impressively slick audience banter and cheeky affable style.  The Wee Review described his show as “consistently hysterical” and Ed Fest Mag said “he has a natural talent for comedy… complete and affirming.”

Closing the show will be Glaswegian comedian and broadcaster Julia Sutherland.  Known for her critical observations and deeply personal confessional comedy, The Scotsman says “she has it in her to join the front rank of Scottish headliners” and The List said “nobody works through their issues so hilariously.”