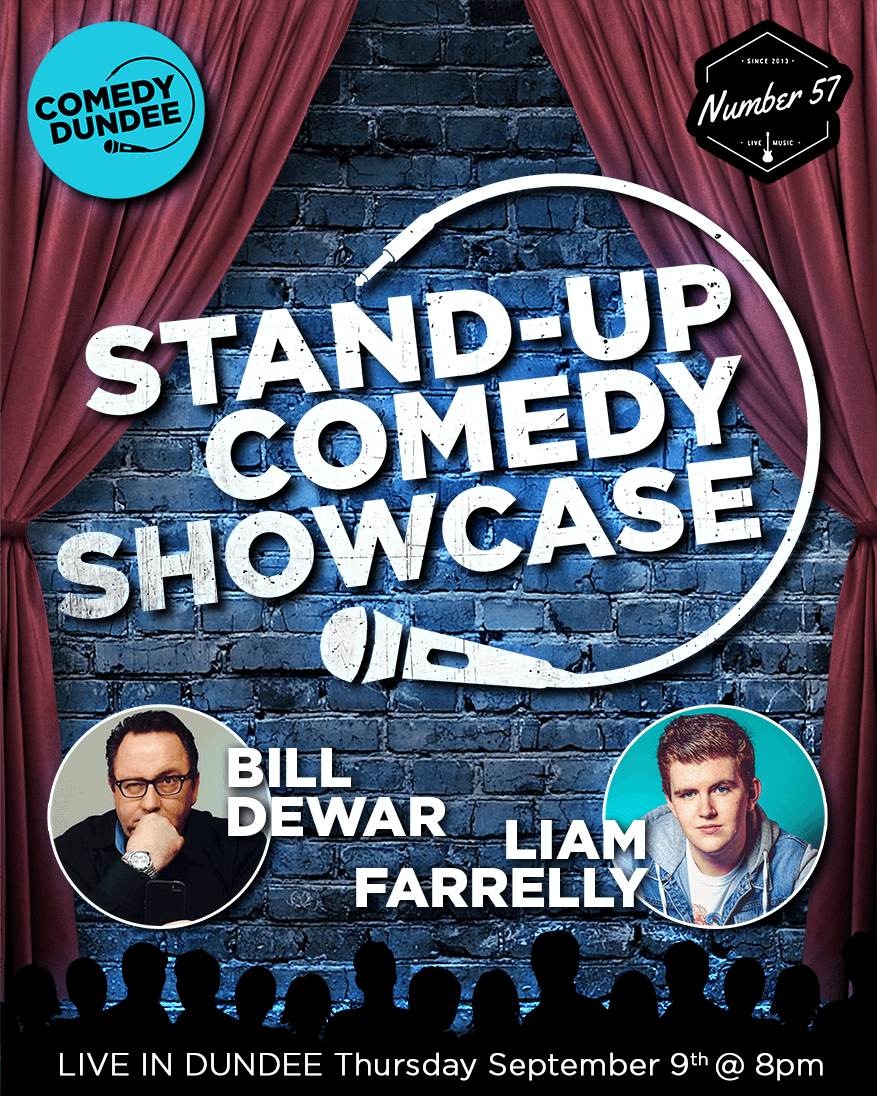 Yes, we’re back for more!  Join Comedy Dundee for another of their hugely popular stand-up comedy showcases at Number 57, packed with an exciting mix of both new and established acts.

Your host for this evening is Bill Dewar, a highly respected veteran comedian who The Evening News described as “a comedy genius” and The Scotsman called “original, different and highly entertaining.”

Closing the night will be Liam Farrelly, an up-and-coming Scottish comedian whose meteoric rise has seen him perform at all of UK’s biggest comedy clubs and nominated for Best Newcomer at the Scottish Comedy Awards 2019 and 2020 – all barely a year after setting foot on stage.