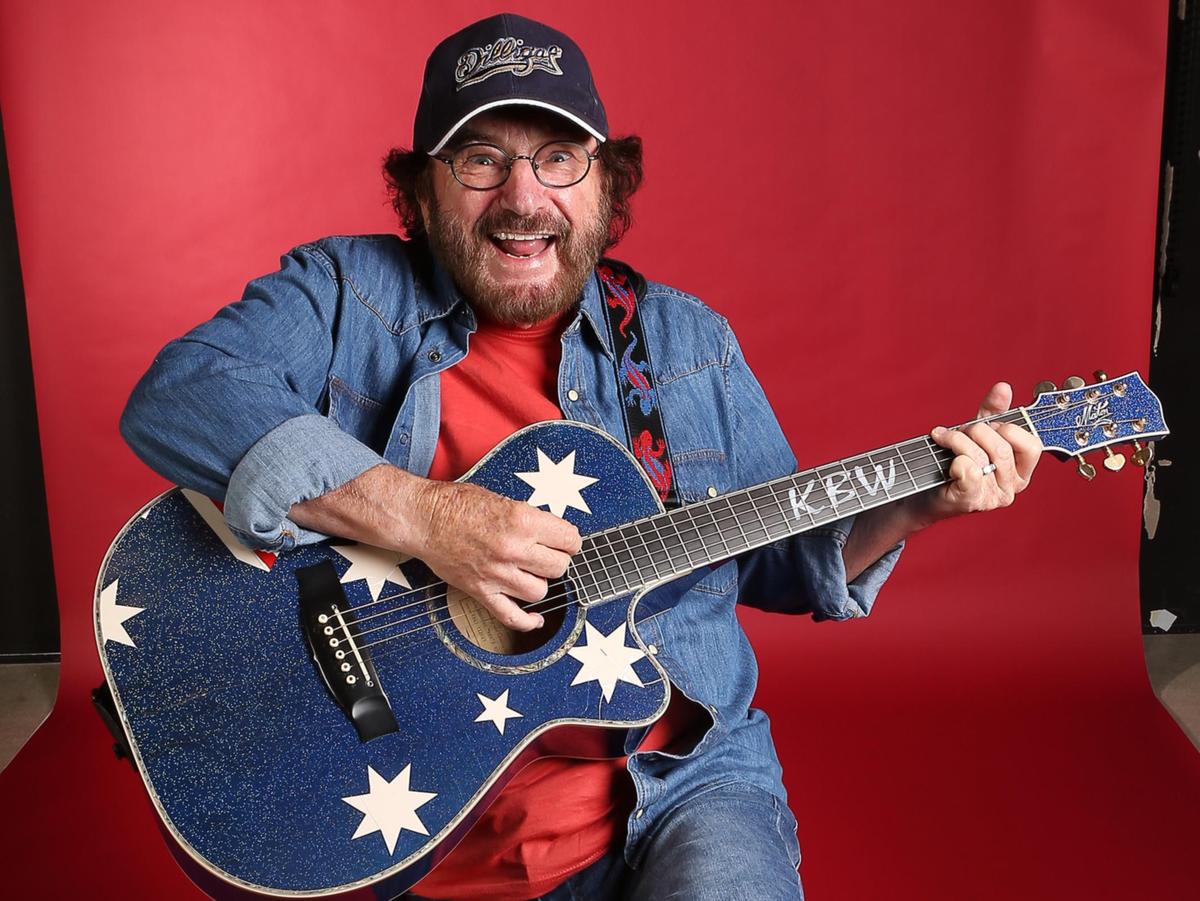 There are few international comedians today who shoot down political correctness with such comedic pinpoint accuracy as Australia’s Kevin Bloody Wilson.

While today’s Age Of Outrage has his contemporaries ducking for cover for fear of being canceled, Kev crushes PC eggshells with the grace and diplomacy of a wounded buffalo. Kev’s famous DILLIGAF approach to PC is a breath of fresh air, direct, clever and outrageously funny. NATIONAL DILLIGAF DAY is every day, according to KEV and he’s looking forward to bringing the new album and show to fans around the world as he tackles political correctness head-on.

Australia’s 60 minutes programme, host Charles Wooley commented, “If political correctness was a disease, Kevin Bloody Wilson would be the cure”.

Kevin Bloody Wilson’s story is now one of legend. Always a larrikin, he originally wrote and recorded songs on a homemade cassette tape for his mates, simply songs penned about his experiences living in the Outback and working nights as a part-time musician and an electrician by day in the gold mines in Kalgoorlie, Western Australia. Sales of this initial cassette skyrocketed to tens of thousands before it was transferred to vinyl, where it proceeded to sell tens of thousands more. It was just the start of a career that Kev admits he never saw coming. and he has never looked back

Fast forward almost four decades and Kev is a household name throughout Australia and in most of the English-speaking world. It is hard to believe that it was almost 40 years ago that he was getting arrested for performing his politically incorrect songs in public. Times have changed though, and Kev even now proudly sports a nomination for Australian Of The Year as one of the country’s most prolific comedian, songwriter and performers. While his songs and concert performances continue to rattle the cages of the PC Brigade, Kevin Bloody Wilson has earned his place in the entertainment industry with almost zero mainstream media support.