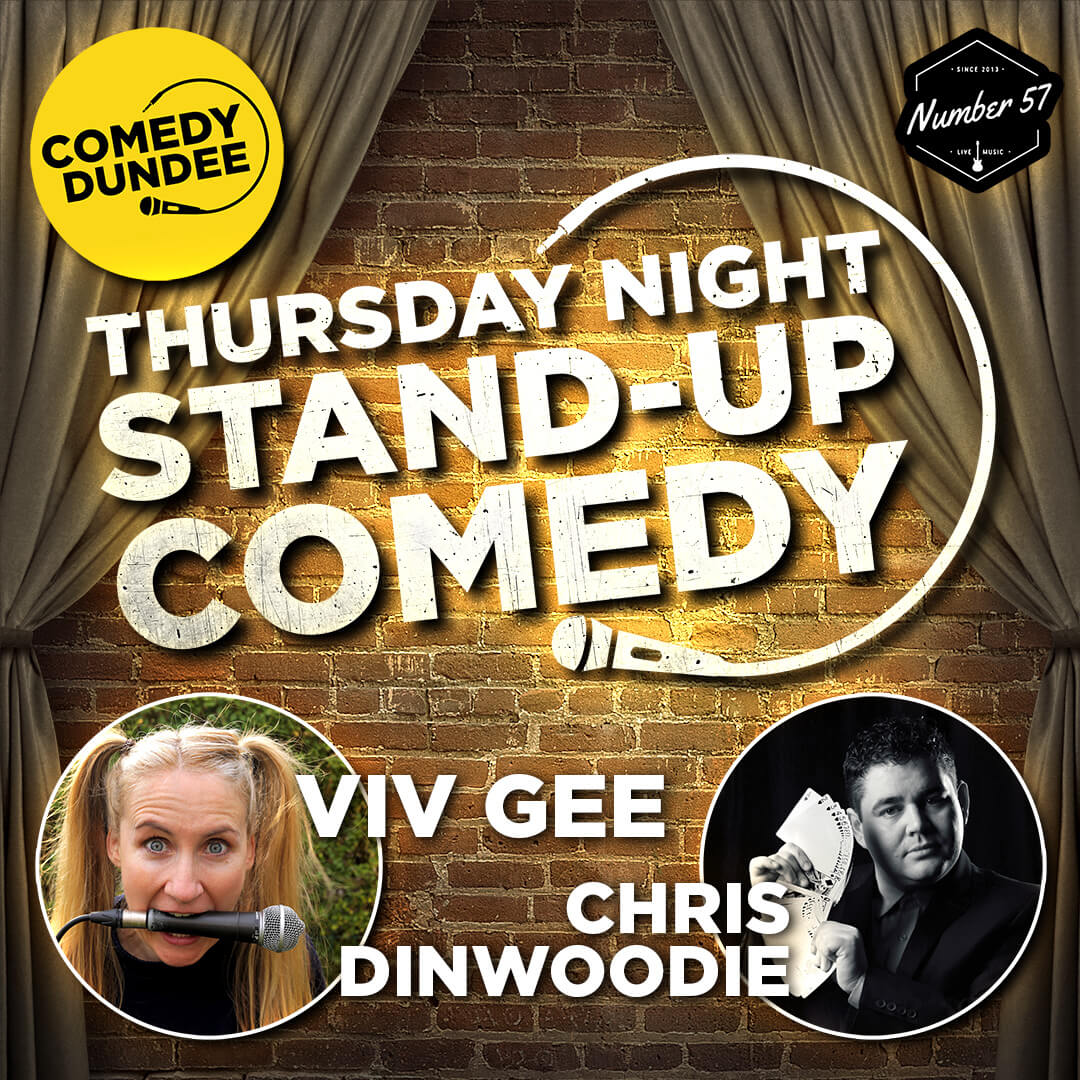 Things are taking a magical turn for Comedy Dundee’s May 19th show at Number 57 as hit comedian-magician Chris Dinwoodie takes to the stage, joined by host Viv Gee and comedian-musician Chris Iskander.  This is going to be a night of variety and hilarity.

Chris Dinwoodie is a multi-award winning comedian-magician.  Having performed for celebrities and royalty alike, he’s been crowned Scottish Magic Champion no less than five times, and made multiple TV and radio appearances.  He was accepted into The Magic Circle with one of the highest scores on record, but what sets Chris apart is his natural Glaswegian humour which makes him a tough act to follow.

“Stole the show… 33 minutes of gold… not many comics can follow him!” – Des McLean

“His comedy is magic” – Glasgow Times 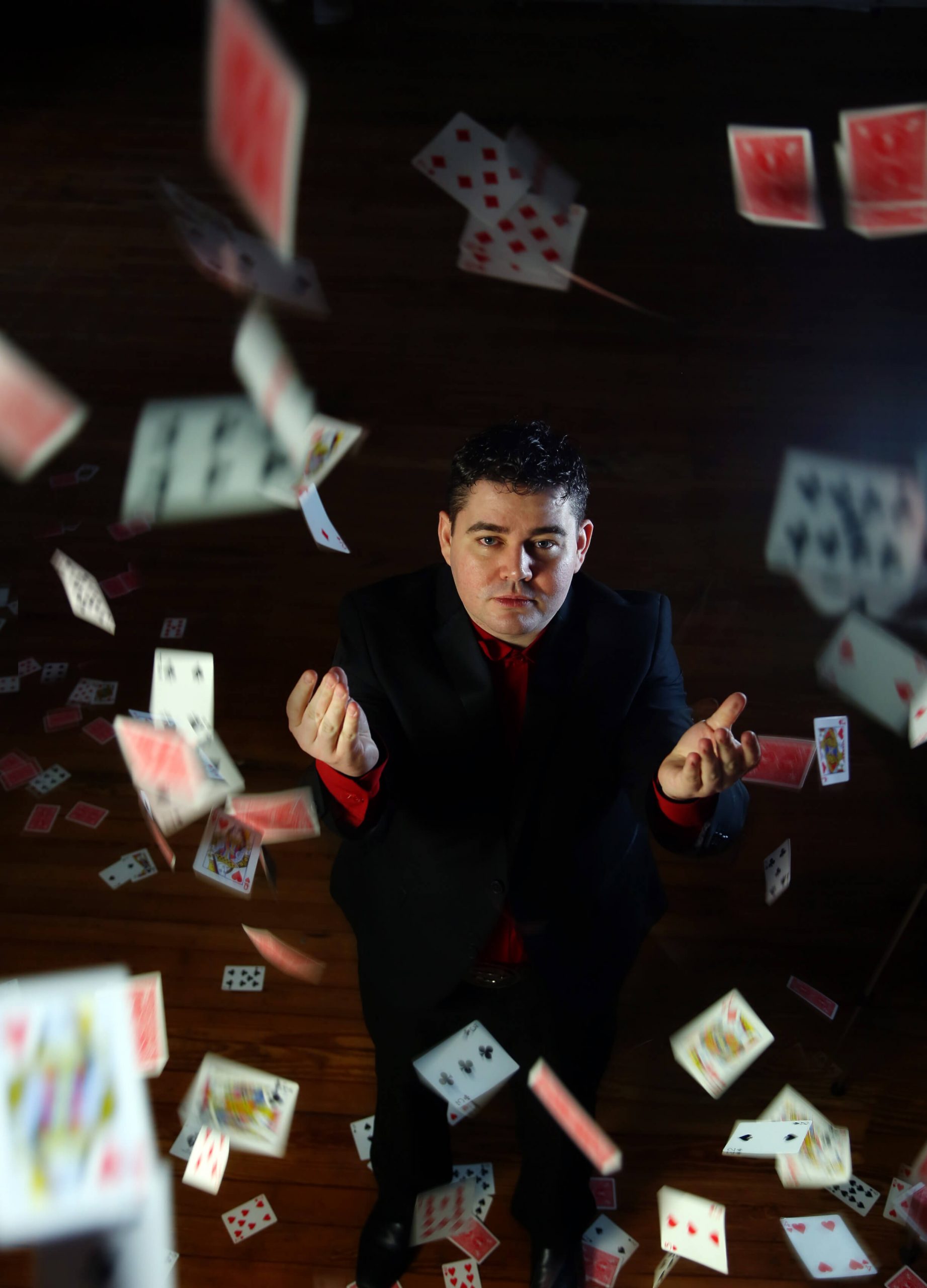 Hosting the evening is the very funny Viv Gee.  Having performed at clubs and festivals all over the world, this award-winning comedienne has an impressive resume of TV and radio appearances for STV, BBC and BBC Radio Scotland.

“Simply a Genius” – Scotland On Sunday

“So sharp she could cut herself” – Edinburgh Evening News

Opening the night will be musician-comedian Chris Iskander.  A killer comedian armed with a keyboard, The Skinny referred to him as a ‘doubly-talented man’.

Tickets are from £7, you can get presales here: https://comedy-dinwoodie-gee.eventbrite.co.uk